At Diversified Spaces, we’re all about hands-on learning. From whipping up a cake in FACE class, building a wood bench in the workshop or conducting science experiments in the lab, it’s important to encourage students to think like an inventor, and experiment and try new things – even if they make mistakes! After all, many life-changing inventions were accidentally created by everyday people. Just take a look at some of our favorites:

Who knew the slinky was accidentally invented by a naval engineer? (We definitely didn’t!). The idea came to naval engineer Richard James while he was trying to develop a spring that would support and stabilize sensitive equipment on ships. While he was working on his project, one of the springs fell off a shelf and kept moving. As James watched the spring continue to move, a light bulb went off in his head. After he decided it would make a great toy and his wife came up with the name, the Slinky was first sold in late 1945.

If it wasn’t for a candy bar melting in Percy Spencer’s pocket in 1945, the microwave oven may have never been invented! An engineer at Raytheon, Spencer was experimenting with a radar-related vacuum tube when he noticed the candy bar was melting in his pocket. Using his newfound knowledge, he later patented the microwave.

Crispy, salty and savory … what more could you want in a snack? Thanks to a New York restaurant customer complaining about the fried potatoes being too soggy and thick, Chef George Crum got so upset that he cut the potatoes into extremely thin slices, fried them and then sprinkled on some salt. I bet Crum would have never thought in a million years that he would invent one of the world’s most popular snacks – potato chips!

Spencer Silver, a chemist for 3M, failed to make heavy-duty adhesive for the aerospace industry. The only thing he could make was a temporary adhesive, not strong enough to hold much weight. Low and behold, the temporary adhesive was good for something – holding bookmarks in place! Thus, removable notes were born, now known as Post-it notes.

Did you know? X-rays were accidentally invented after trying to create lightbulbs. (Who knew?) In 1895, German scientist Wilhelm Conrad Roentgen was trying to create lightbulbs by experimenting with cathode-ray tubes. But then he noticed something interesting: when the cathode tubes were placed inside a cardboard box, they continued to emit light even though the cardboard should have stopped it. He then realized that the tubes were not only emitting light, but were also passing invisible rays that could penetrate solid matter. Soon after human experiments proved successful, X-rays became available in the medical field to check for broken bones.

It's sometimes good to be messy – just ask scientist Alexander Fleming! In 1928, he left his lab a mess, including leaving petri dishes with bacteria in them, because he was in a rush to go on vacation. When he got back from vacation two weeks later, some of the petri dishes that he hadn't cleaned were moldy. But while he was cleaning the mold off the dishes, he noticed the bacteria had been killed. After studying the mold, he saw that one particular substance, penicillin, was responsible for getting rid of the mold. Since then, penicillin has been used to save millions of people!

Stirring a pot of chemicals in 1826, John Walker pulled his wooden stir stick out of the pot and tried to wipe the glob of chemicals stuck on the table. Instead of wiping off, the chemicals ignited. As a result, matches were born!

While working in the lab in 1903, French chemist Edouard Benedictus dropped a glass flask. Instead of shattering into a million pieces, it surprisingly shattered but didn’t fall apart. Later, he discovered that the flask had recently been filled with cellulose nitrate, which provided a protective layer. Today, safety glass is used in many applications using a similar solution to the cellulose nitrate to make it shatterproof.

During World War II, Harry Coover, a chemist for Eastman Kodak, was tasked with creating a suitable plastic for gun sights. Instead of succeeding with his task, he instead accidentally created cyanoacrylate, now known as superglue. But its potential wasn’t realized until almost nine years later when Coover was working to develop heat-resistant polymers for jet planes. Believe it or not, cyanoacrylate was the perfect solution!

In the late 1950s, Wilson Greatbatch grabbed the wrong type of resistor out of a box while trying to build an oscillator to record the heartbeat sounds of animals. When he turned it on, he noticed that it produced a signal that mimicked the human heartbeat. As a result, the implantable pacemaker was created!

While Swiss engineer George de Mestral was hiking with his dog, he noticed little burrs sticking to both his pants and dog. After looking at the burrs a little more closely, he noticed there were small hooks on the burrs that would cling to anything that was loop-shaped. With this new discovery, Mestral recognized the potential for a practical new fastener – now known as Velcro!

What Is Career and Technical Education (CTE)?

“Our world has changed. In today’s highly-technical knowledge-based economy, having hands-on skills and perfecting what one is good at can be more valuable than getting a degree in ‘something’ simply to get one.” – South Central Service Cooperative  Take a moment to think back to your high school years. Do you feel like your classes END_OF_DOCUMENT_TOKEN_TO_BE_REPLACED 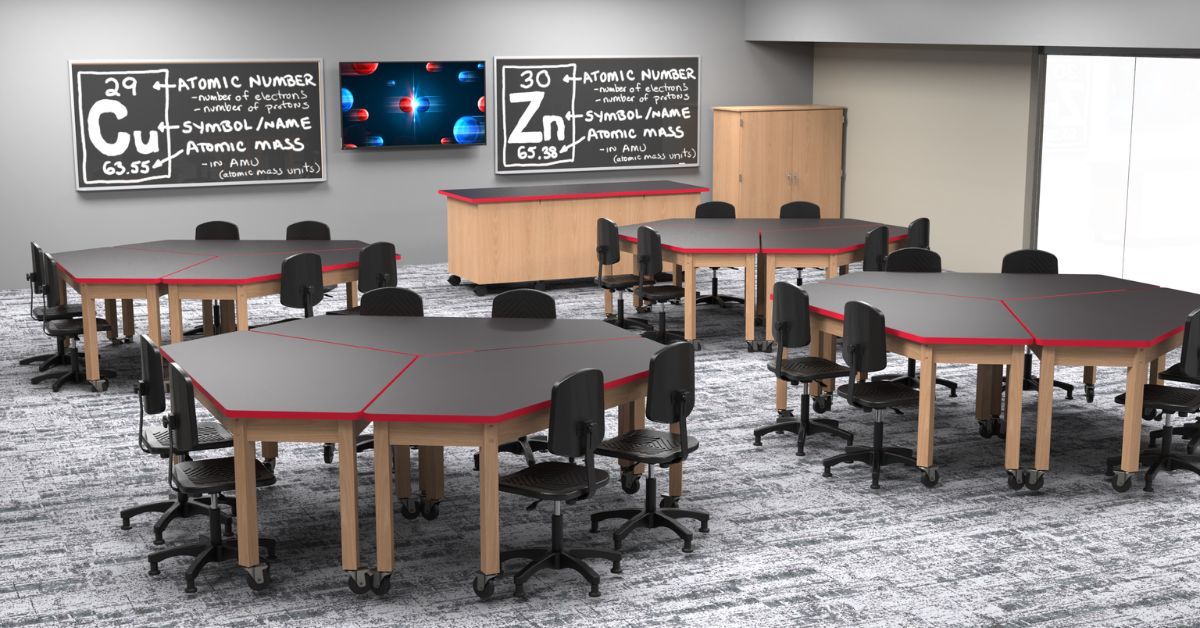 How To Incorporate a Think + Do = Solve Learning Approach

Have you ever tried learning something solely by watching a video? Or listening to an instructor?  Chances are, you have. And you’ve also probably come to the realization that these types of “learning” aren’t very effective. After all, studies have shown when students sit and listen intently but passively in a lecture-style environment, they retain END_OF_DOCUMENT_TOKEN_TO_BE_REPLACED 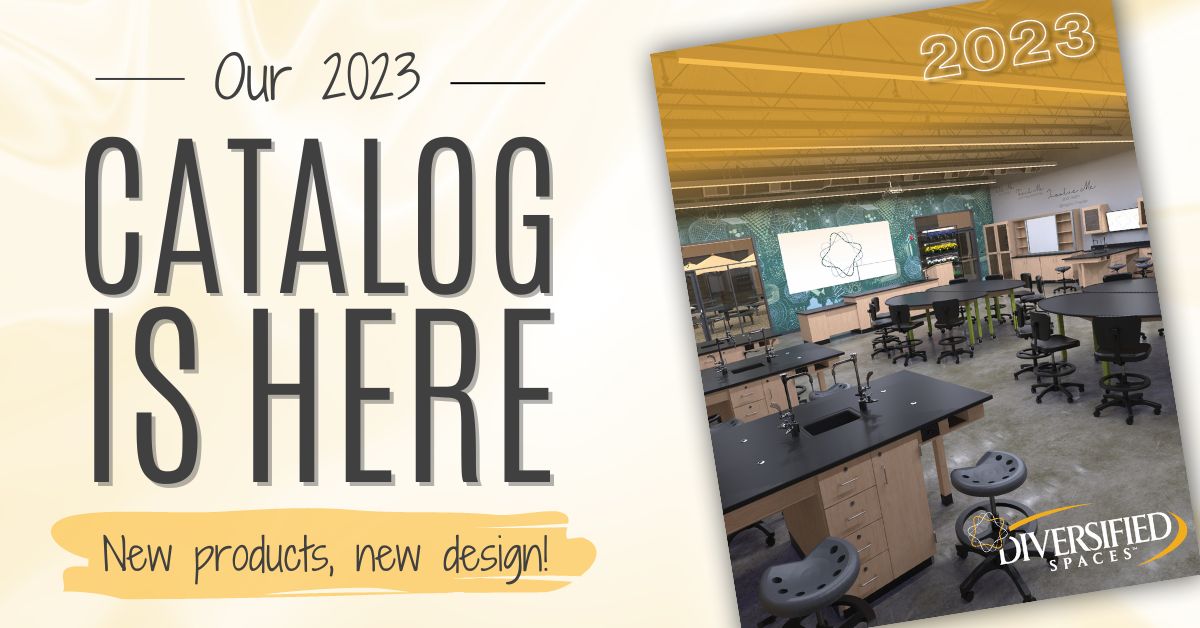 It’s the moment you’ve all been waiting for … Our 2023 catalog is here! But, wait. There’s another surprise waiting for you – we’ve updated our catalog to make navigating and finding products easier than ever! Here are some of the main changes you’ll see while you browse through the catalog:  1. Color-coded and updated END_OF_DOCUMENT_TOKEN_TO_BE_REPLACED

The Importance of Career & Technical Education (CTE) in Schools

Meeting 21st-century skilled workforce demands has become a challenge in the United States. According to a ManpowerGroup survey from 2021, talent shortages in the U.S. have more than tripled in the last ten years, with 69% of employers struggling to fill positions, up from just 14% in 2010. So, how can we address this ongoing END_OF_DOCUMENT_TOKEN_TO_BE_REPLACED 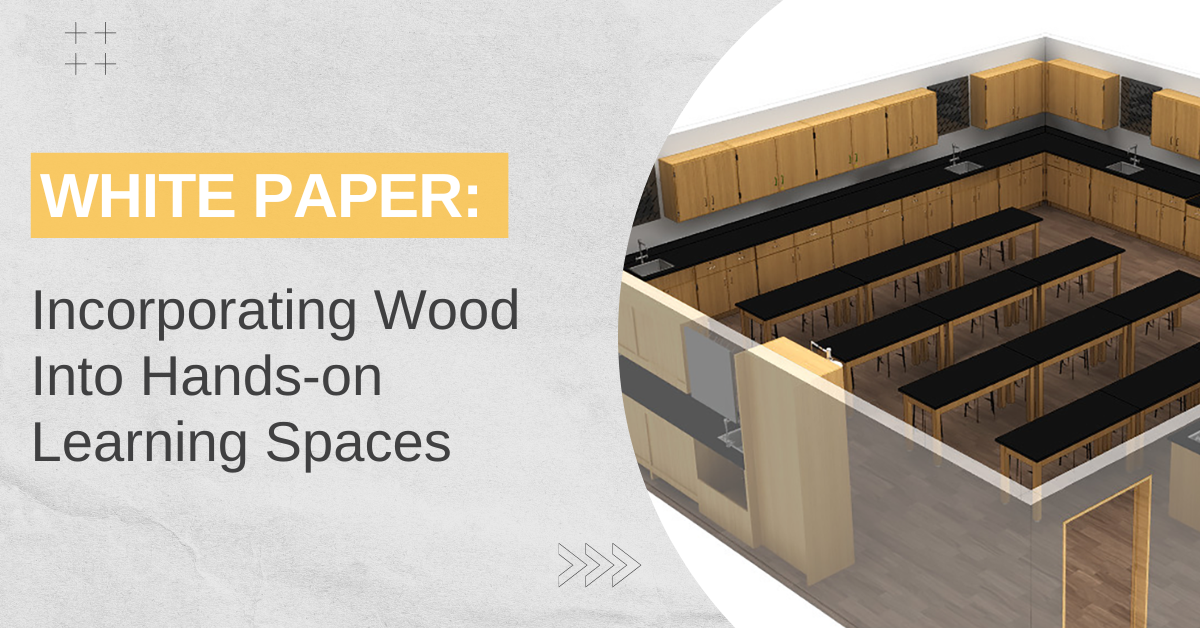 Discover how wood plays a vital role in improving mental health & sustainability. In this white paper, we take a look at: What biophilic design is and how it’s become an increasingly important trend in architectural design The mental health and sustainability benefits of wood Why you should incorporate wood into hands-on learning environments Download the END_OF_DOCUMENT_TOKEN_TO_BE_REPLACED 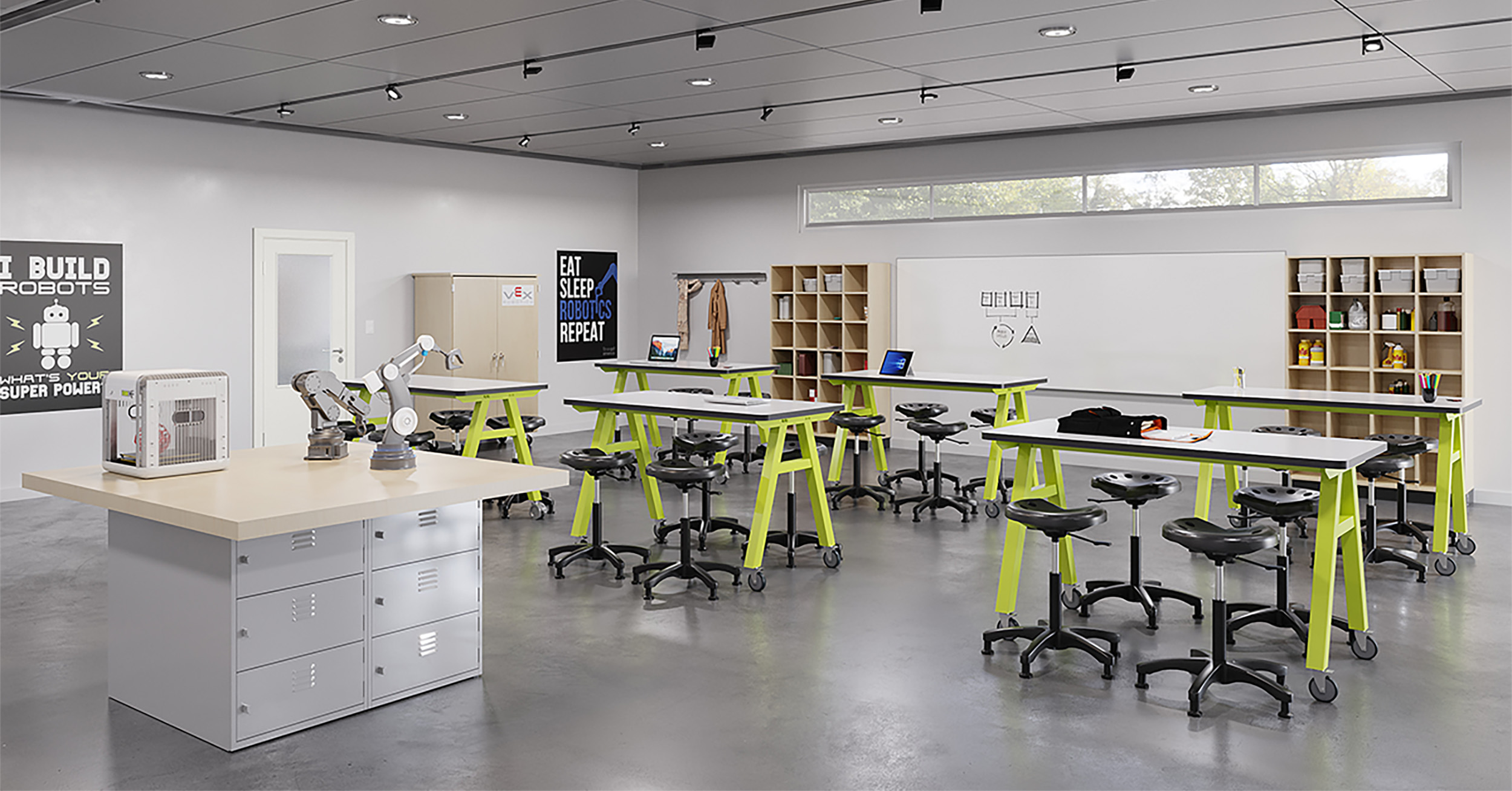 Do you know what a doctor, engineer and IT administrator all have in common?  You guessed it: a strong background in STEM education.  While many professionals are already pursuing a STEM career, it may be surprising to hear there’s still a huge gap that needs to be filled. According to the U.S. Bureau of Labor END_OF_DOCUMENT_TOKEN_TO_BE_REPLACED 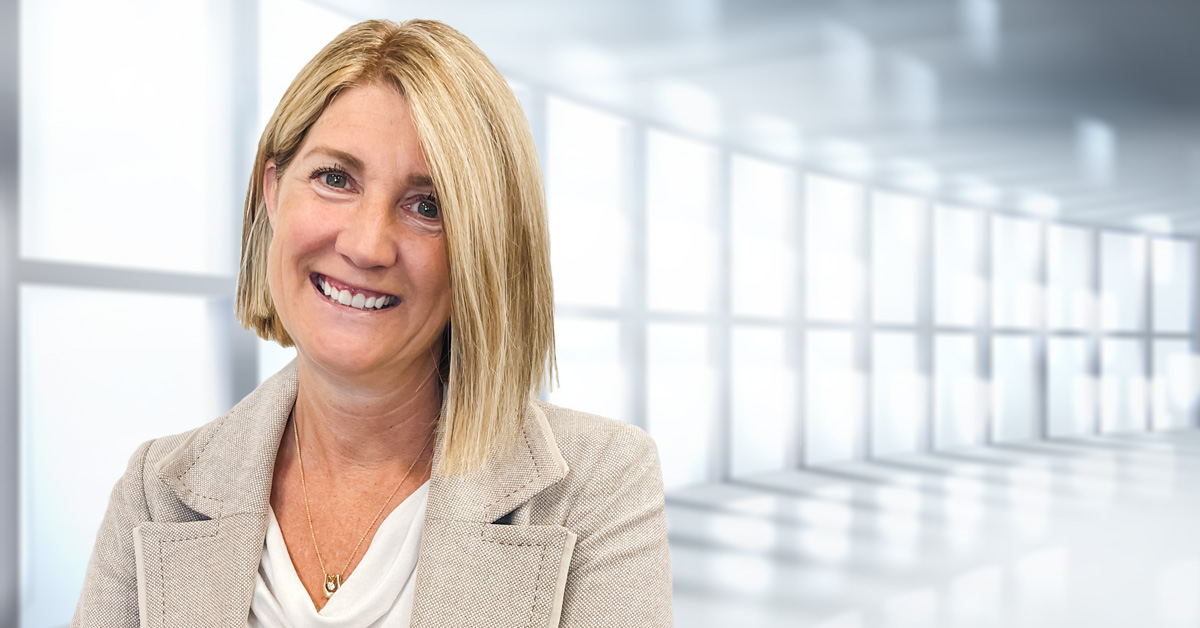 Suring, WI — Diversified Woodcrafts is pleased to welcome Lisa Zeller as the new marketing manager. In this role, Zeller will lead all marketing activities and be responsible for creating a consistent story for each product line and brand.  “I’m very excited to add an industry expert to our marketing team,” said Tom Franta, vice END_OF_DOCUMENT_TOKEN_TO_BE_REPLACED

4 Classroom Design Tips for Back to School

Did you know? Classroom design can greatly impact how both students and teachers engage in a learning environment. In fact, one study found that the physical space of schools can positively (or negatively) affect a student’s academic performance by as much as 25% in one school year.  So, how do you design a learning environment END_OF_DOCUMENT_TOKEN_TO_BE_REPLACED 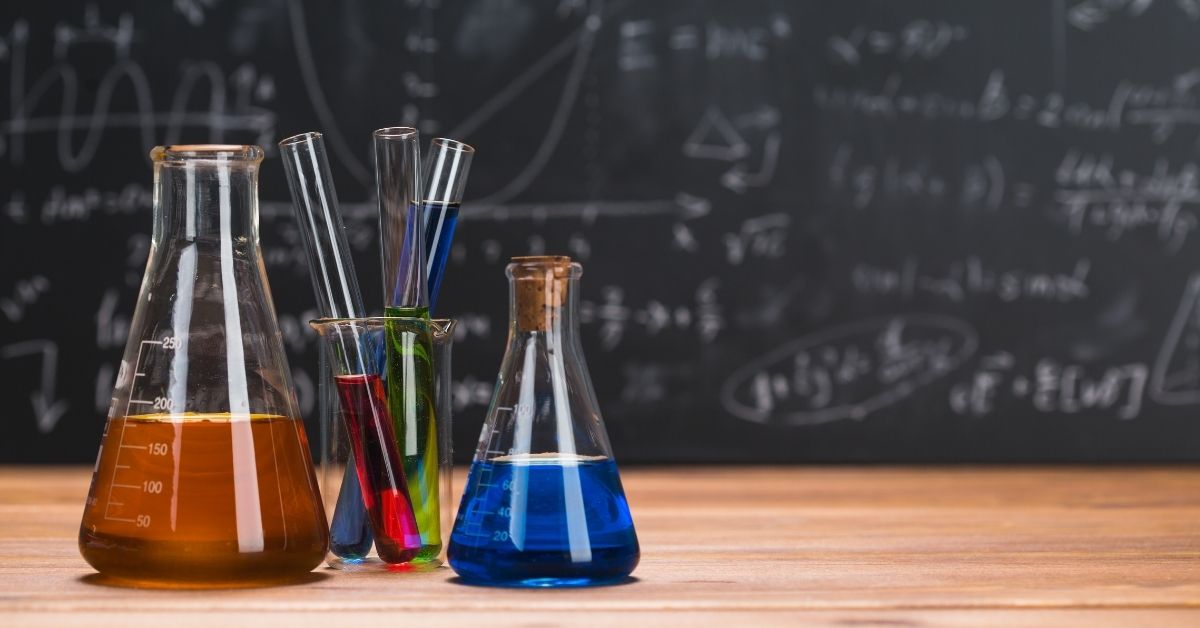 Science is an excellent opportunity for students to engage in hands-on learning through fun and exciting experiments. But while it’s a great space for students to collaborate and learn, they will most likely be handling dangerous chemicals and equipment at the same time. Therefore, it’s imperative always to keep safety in mind, regardless of which END_OF_DOCUMENT_TOKEN_TO_BE_REPLACED 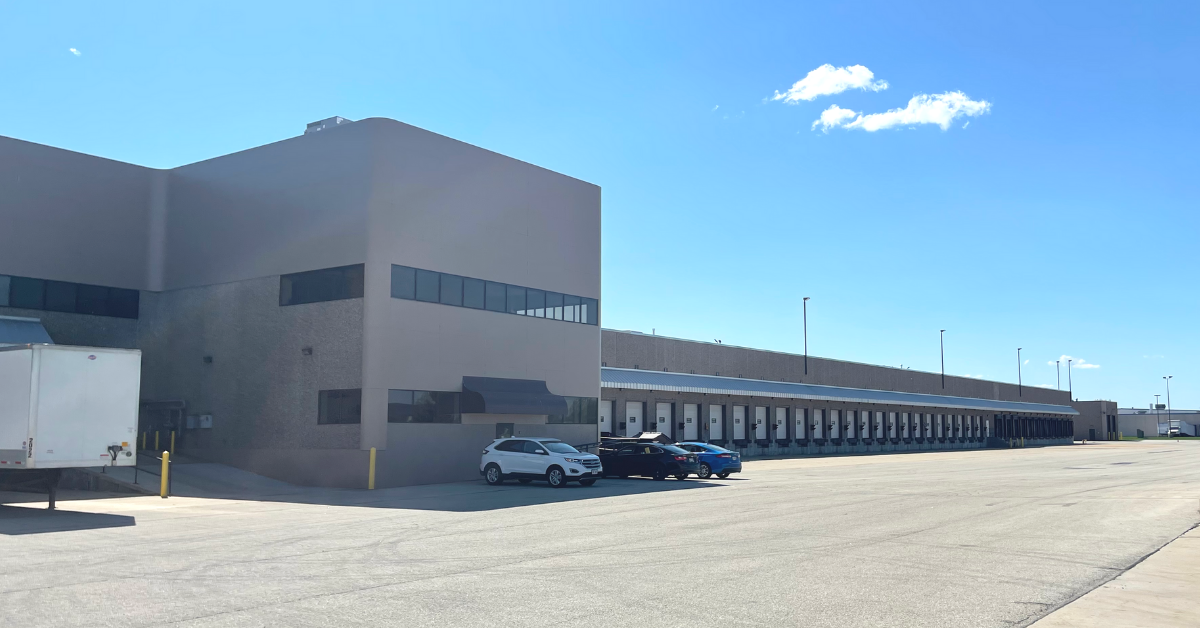 Suring, WI — Diversified Woodcrafts, Inc. (DWI), an industry-leading manufacturer of educational furniture and casework, is excited to announce the opening of another location in De Pere, WI.  In addition to the plant in Suring, WI and the office in Crystal Springs, MS, the new facility features more office, warehouse, showroom and assembly space, and END_OF_DOCUMENT_TOKEN_TO_BE_REPLACED 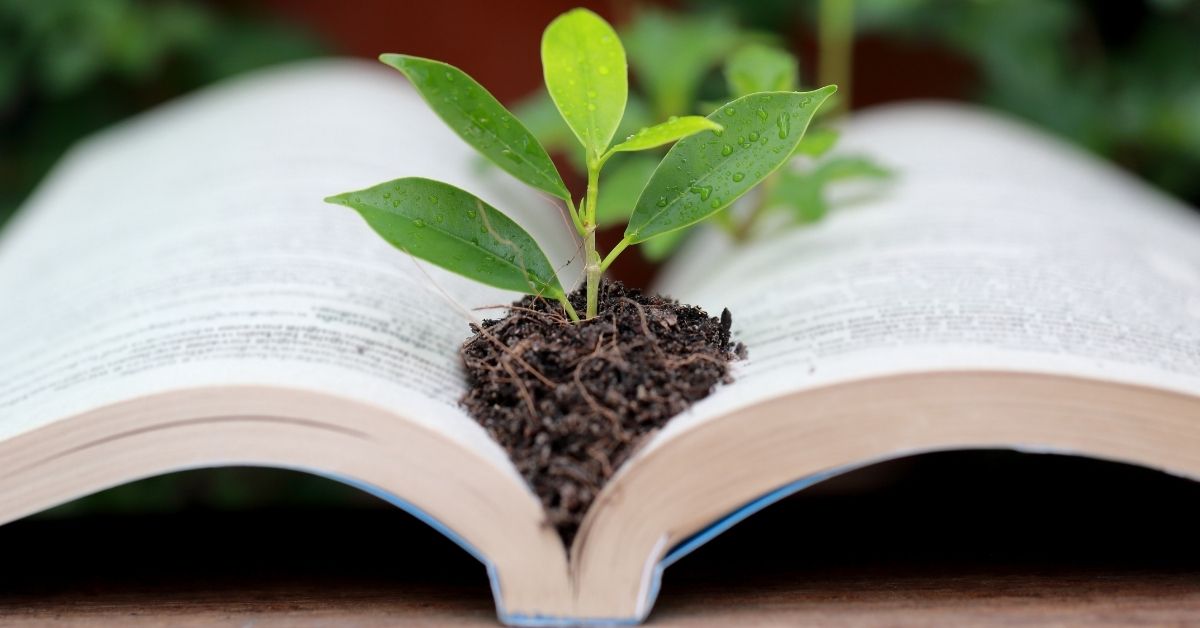 4 Ways To Improve Sustainability in the Classroom

Each year, schools and universities generate about 562,442 tons of waste just in California. Can you imagine how much waste is produced in schools and universities across the United States? Fortunately, schools have many opportunities to turn this statistic around. There are many ways to promote sustainability that reduces waste and teaches kids about taking END_OF_DOCUMENT_TOKEN_TO_BE_REPLACED 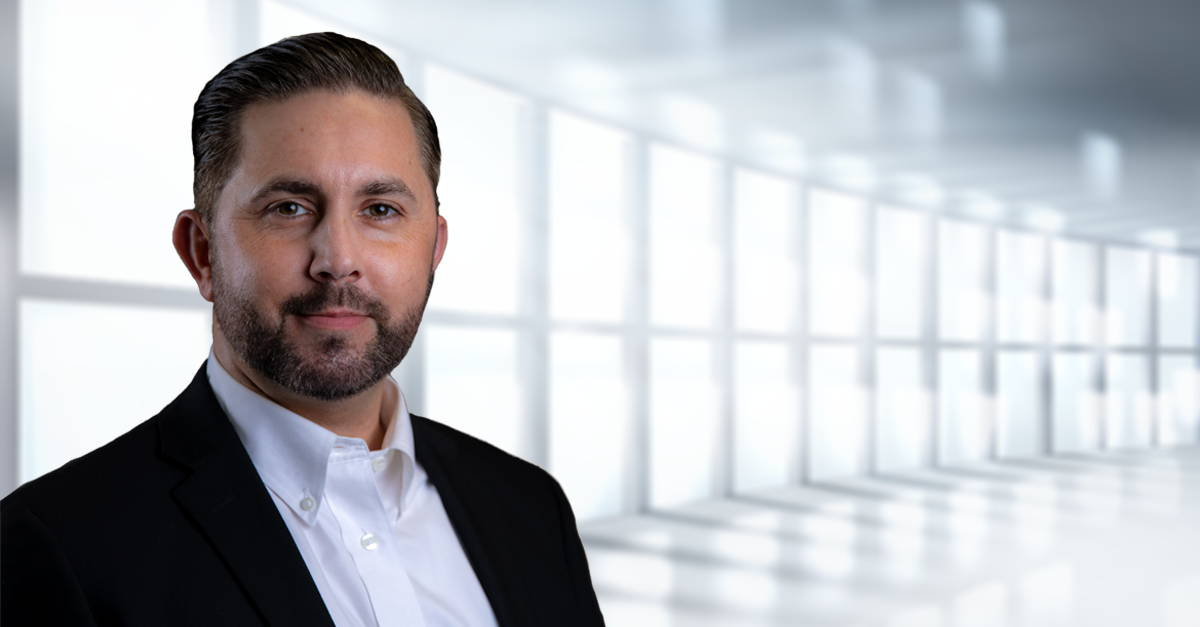 Suring, WI — Diversified Spaces is excited to announce the addition of Sean McWherter as sales and project coordinator. McWherter will be responsible for working with customers, getting measurements and discussing product options for Spaces+, previously called the Casework Assistance Program (CAP).  “The project-based business is a rapidly growing area of Diversified Spaces,” said Tom Franta, END_OF_DOCUMENT_TOKEN_TO_BE_REPLACED 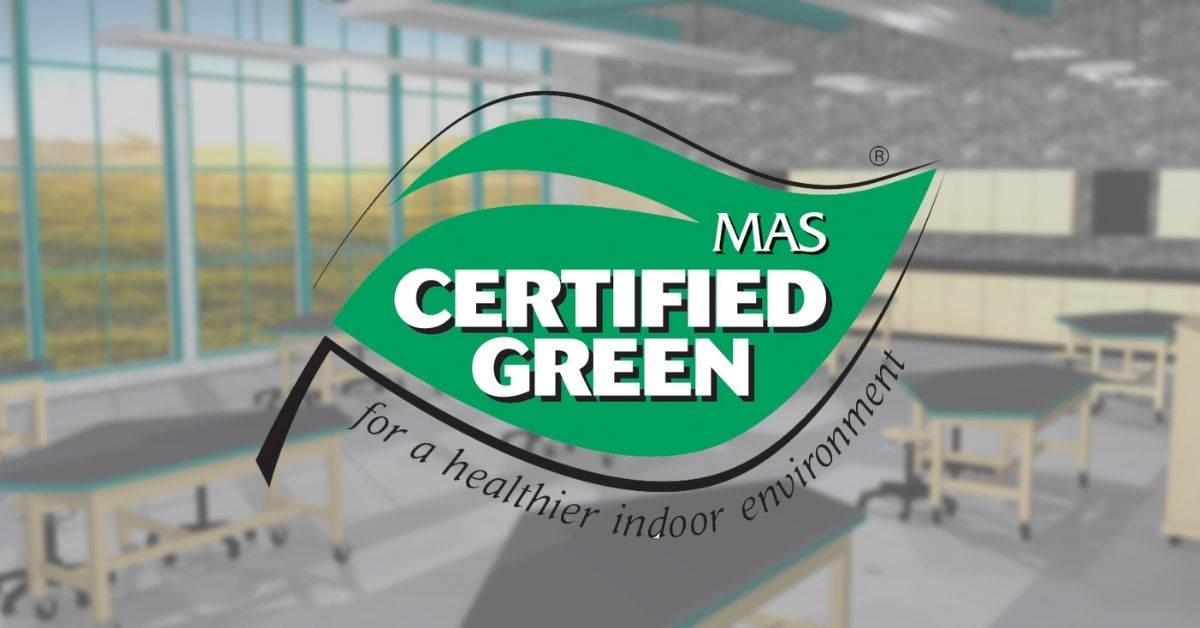 What Is a Makerspace & Why Are They Important? 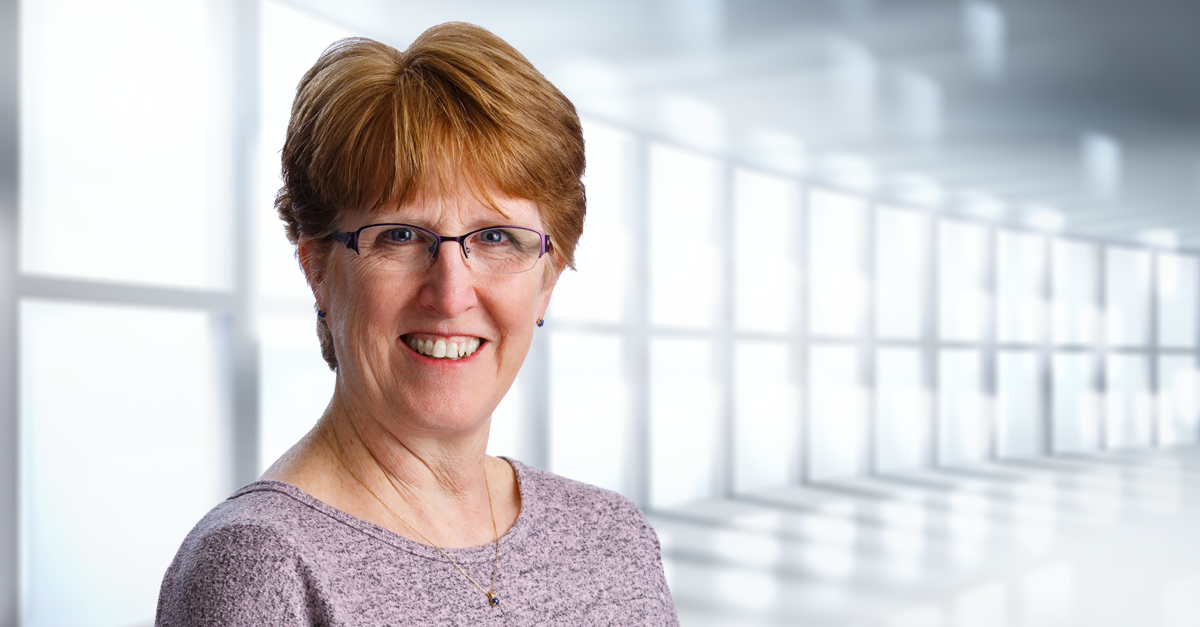 Suring, WI – Diversified Spaces announced today that National Sales Manager Julie Ryno is retiring on Jan 3., 2022, after a successful 23-year career with the company.  Over the last two decades, Ryno played an instrumental role in transforming Diversified into the thriving company it is today.  “Julie really took Diversified to the next level END_OF_DOCUMENT_TOKEN_TO_BE_REPLACED 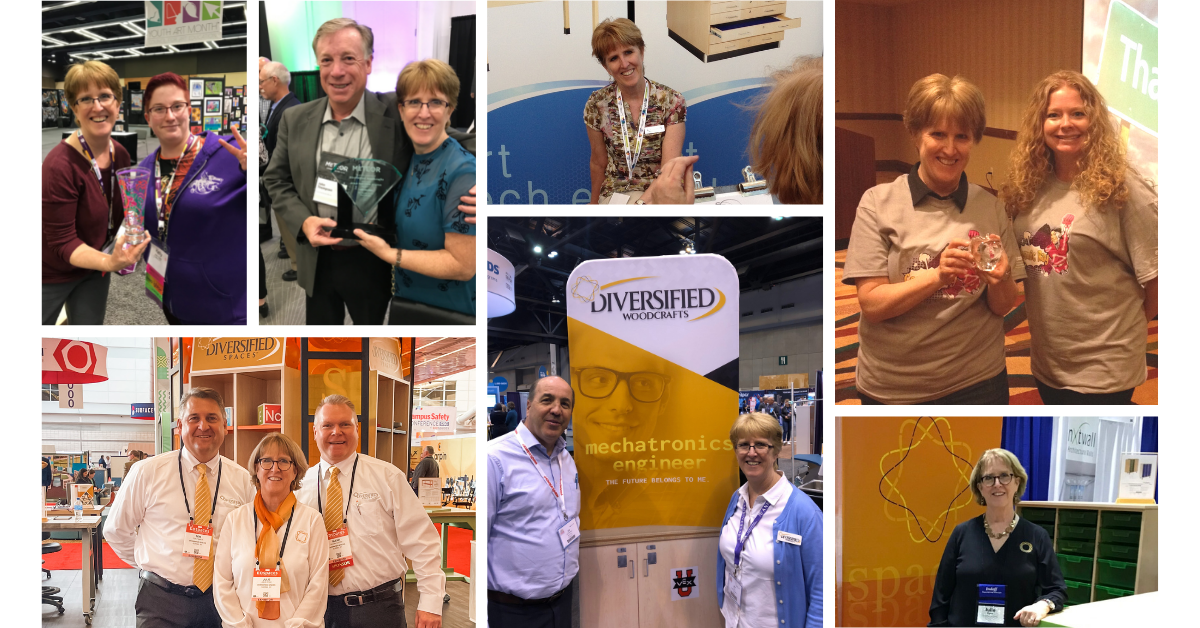 One of the best things that has ever happened to Diversified was the addition of Julie Ryno. Without her, Diversified wouldn’t be as successful as it is today. While Julie has had many accomplishments throughout her career, we’d like to share with you some of our favorites:  1. Tradeshow Success Back in 1999, Diversified attended END_OF_DOCUMENT_TOKEN_TO_BE_REPLACED 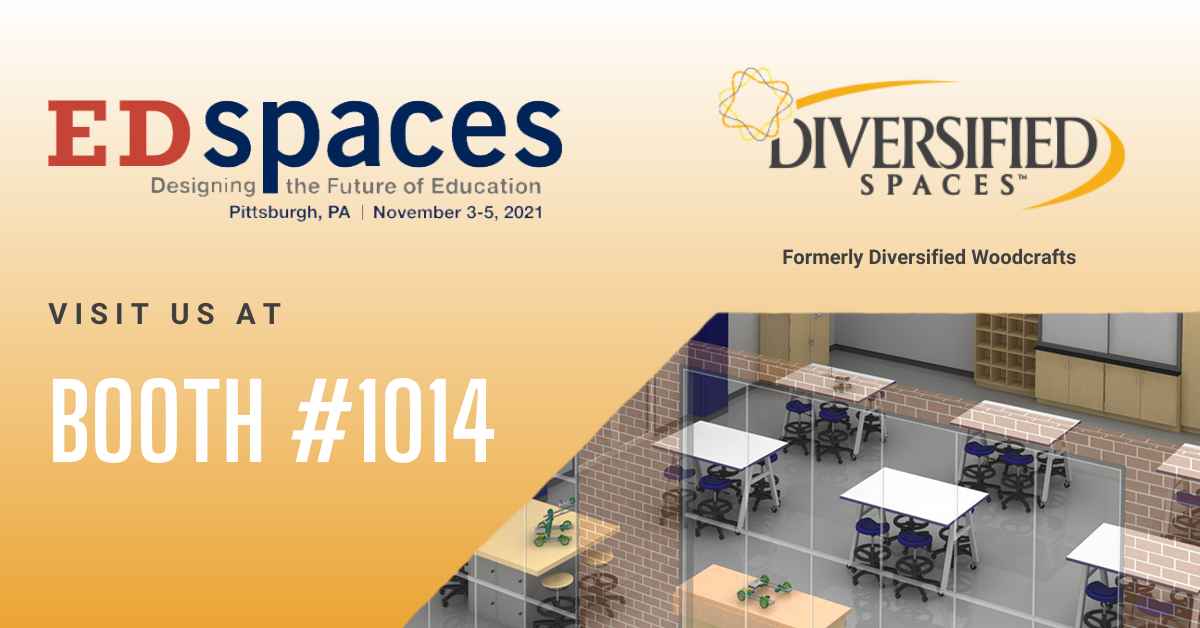 We’ll be exhibiting at EDspaces Nov. 3–5 in Pittsburgh, PA! Come visit us at booth #1014 to discover how we can help you create innovative educational spaces to inspire today’s learners. PLUS, be the first to see our 2022 new products! Not signed up yet? No worries – use promo code EXIV866512 to get 10% END_OF_DOCUMENT_TOKEN_TO_BE_REPLACED 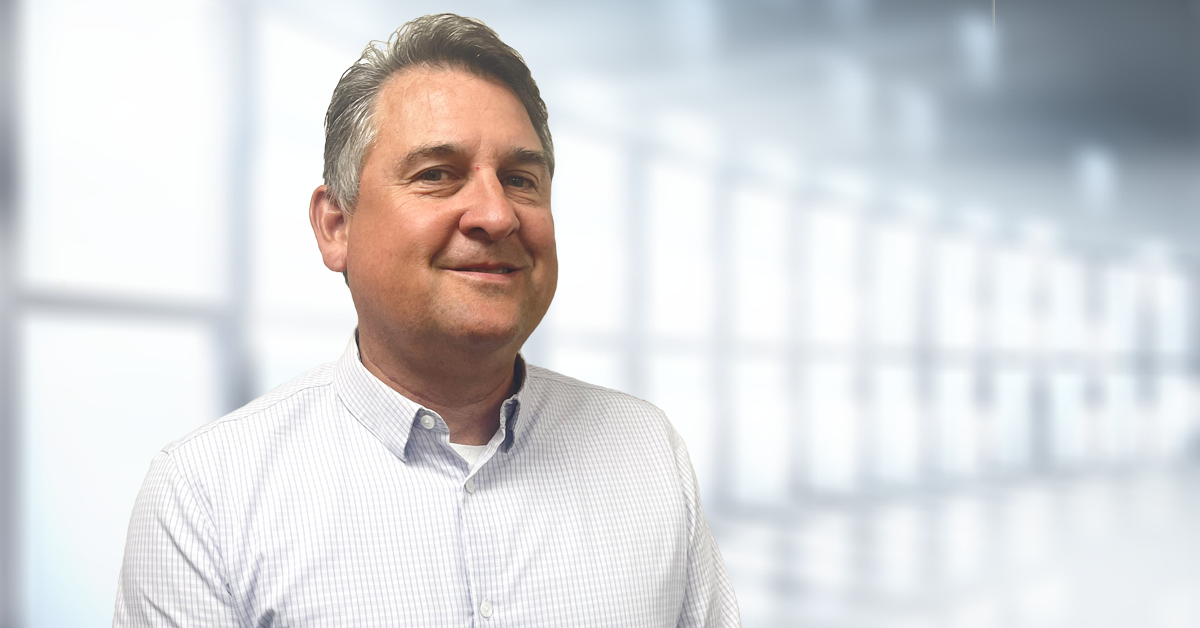 Suring, WI — Diversified Spaces is excited to announce the addition of Tom Franta as vice president of sales and marketing. Franta will assume the role of National Sales and Marketing Manager Julie Ryno upon her retirement in January 2022, managing all aspects of the transactional side of the business. “I have always admired Diversified for END_OF_DOCUMENT_TOKEN_TO_BE_REPLACED 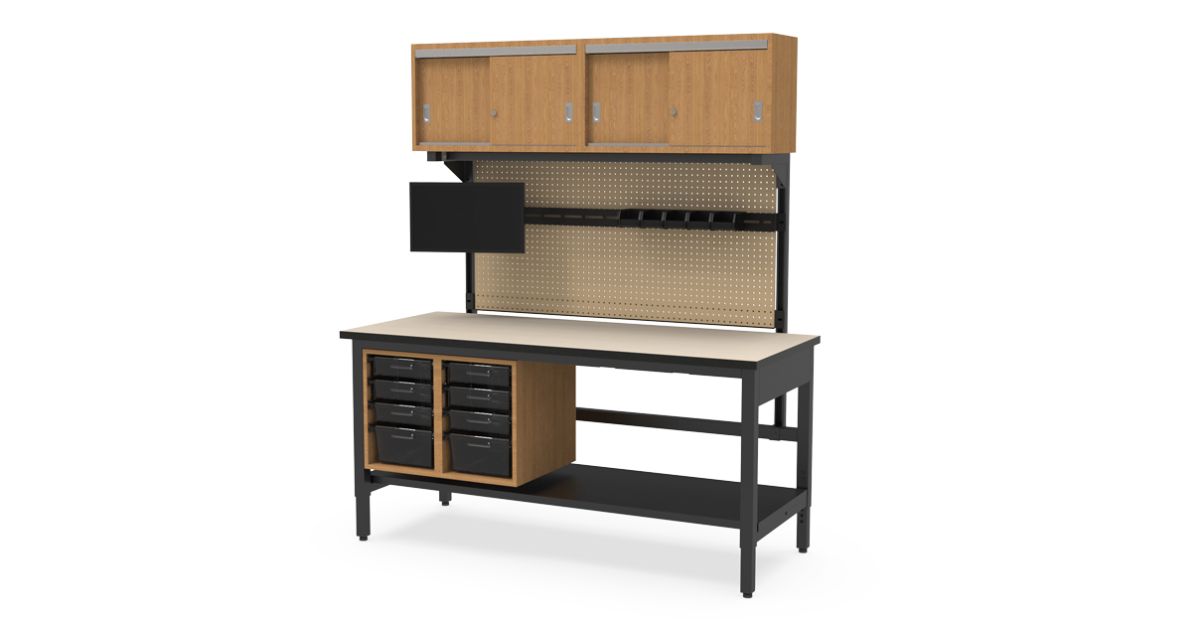 Intellibench™ takes workbenches to a whole new level of performance and personalization.  Whether in an active learning lab, a Tech Ed space or an industrial workspace, Intellibench™ facilitates getting the job done quickly and efficiently. More than just a bench, intellibench™ offers easy access to power, equipment, and tools for dedicated project spaces.  It’s quicker END_OF_DOCUMENT_TOKEN_TO_BE_REPLACED 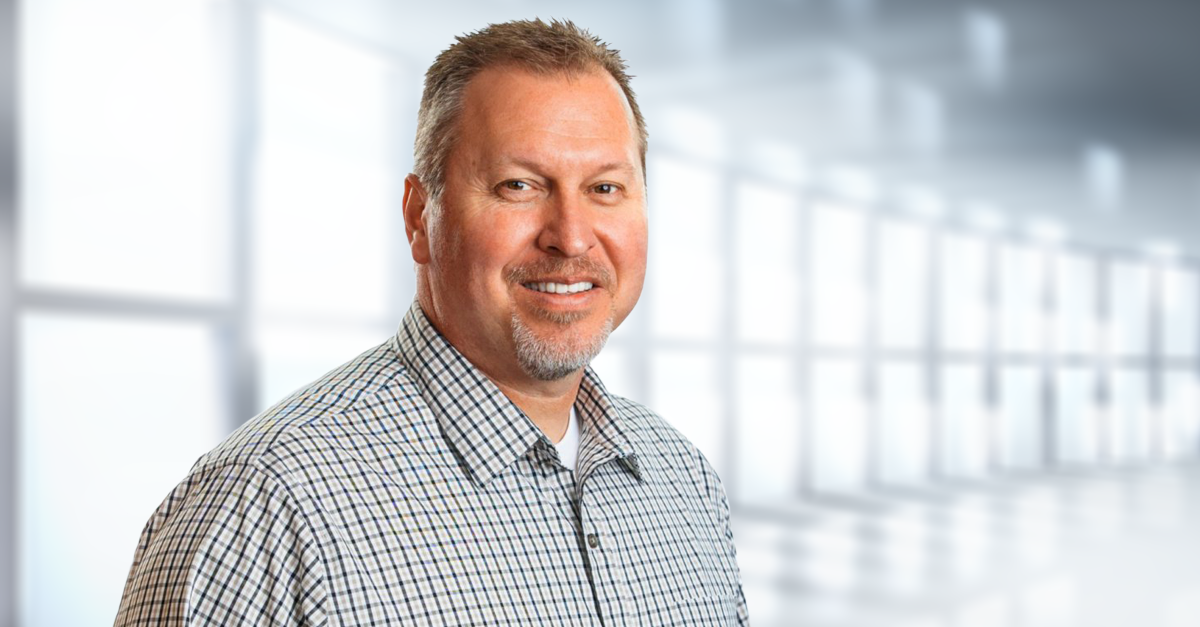 Suring, WI — Diversified Woodcrafts (DWI) is thrilled to announce the promotion of Greg McClure to vice president of operations. In his enhanced role, McClure will be responsible for all DWI facilities and manufacturing operations.  “Greg’s 34 years of experience, leadership and knowledge will be instrumental in achieving operational excellence at Diversified Woodcrafts,” said David END_OF_DOCUMENT_TOKEN_TO_BE_REPLACED